How is Android TV Google cast different from Google Chromecast and which is better. Chromecast setup and settings for Smart TV and how to cast mobile onto TV. Apps that enable iPhone or Android phone cast onto Smart TV

What is an Android TV

Television version of the Android based smartphone operating system is simply called an Android TV. Android TV combines the basic functions of TV, the access of an Android Smartphone, and a small gaming console. Android TV first introduced in 2014 while the Chromecast was introduced an year later. There are multiple versions of the Android TV platform available like Smartphone OS, latest being Android OS Oreo 8.0 while dozens of manufacturers have added their own customized Android TV dongles and set top boxes in the market. It’s a convenient hardware for those who want TV on the fly in just mere seconds.

Android TV also powers some smart TVs from manufacturers such as Hisense, Asus, Sharp and Sony. Google does not produce any in-house Android TV equipment, hence hardware is outsourced.

Android TV is a television with smart features of a smart television with added advantage of Android Operating System provided by Google. One major difference is the wide range of apps that are supported by Google play store where thousands of television apps can readily be downloaded. These apps are either free, paid or free for certain features but also providing in app purchases for premium features.

Most android TVs comes with in build Google cast which is purest form of Google chromecast allowing easy screen mirror / cast of android smart devices with Android TV. You can also sync your most used android devices with TV for easy browsing and typing.

Android TV isn’t just a streaming device for your phone, it does everything a Google Chromecast does and beyond Android TV gives you full control of your TV through your phone whether you’re watching, playing, stream music or lot more.

It can even serve as a smart home assistant too through voice control, makes the lifestyle much better Android TV has all the features of Chrome cast, but also lets you run apps, use the Google Assistant, play games, etc. It’s still easier to use because it works with a TV remote

So when it comes to making a choice between buying an Android TV or going for a Smart TV and connecting device like Chromecast that enables throwing your mobile phone screen with audio onto the TV screen.

Chrome cast dongles is easy to quantify and cheap to buy. The basic model costs £15 and the Chrome cast Ultra (which supports 4K video) will set you back £60.

When comes to Android TV, the market is considerably more complicated and wide as there’s not a single Android TV model, prices can vary wildly and TV companies.

All major market players (Netflix, Spotify, Hulu, etc.) Apps available for the Android TV platform and also make their Smartphone apps Chromecast-enabled. With Android TV, you can equip a controller so you can play with ease. The OS has Google Play in it so you can store all the games you want in the glorious box. The notable exception is Amazon Prime Video. There’s an Android TV app available, but you cannot easily cast the video to a Chromecast.

For Chrome cast content should be cast through smart phone, tablet or computer via Chrome as Chrome cast do not have a user interface

For Android TV, devices have a dedicated user interface that you can control through smart app or using remote. Instead of installing apps you can install standalone apps directly on your Android TV Device.

AirScreen App on Smart TVs can be downloaded free of cost but allows in App purchases to allow premium services. However for Screen Mirroring or Casting iPhone to Smart TV you don't need to subscribe to any service or pay anything. AirScreen App for Smart TV would take around 50 MB space on your TV storage when fully installed.

You would need to install Google Home Hub app for iOS on your iPhone to be able to cast your mobile phone onto Smart TV or any Smart device with ChromeCast.

Android Smart TVs however will not need ChromeCast as they already have in build Google Cast which is a ChromeCast in itself.

Plug Chromecast onto the Smart Device

Note: Only use the provided AC adaptor Connect Chromecast

Check that the Chromecast and the mobile device, tablet or laptop which you are using to set up Chromecast with are both on the same Wi-Fi network

Open App store on your mobile device, tablet or laptop

Time to set up Chromecast

Buy this TV from here (Recommended ) :

4. Buy this TV from: https://goo.gl/SZ3tTC #cast #chromecast #googlecast #androidtv #androidtvapp Post in your comments if you need any help with Smart TV apps .. 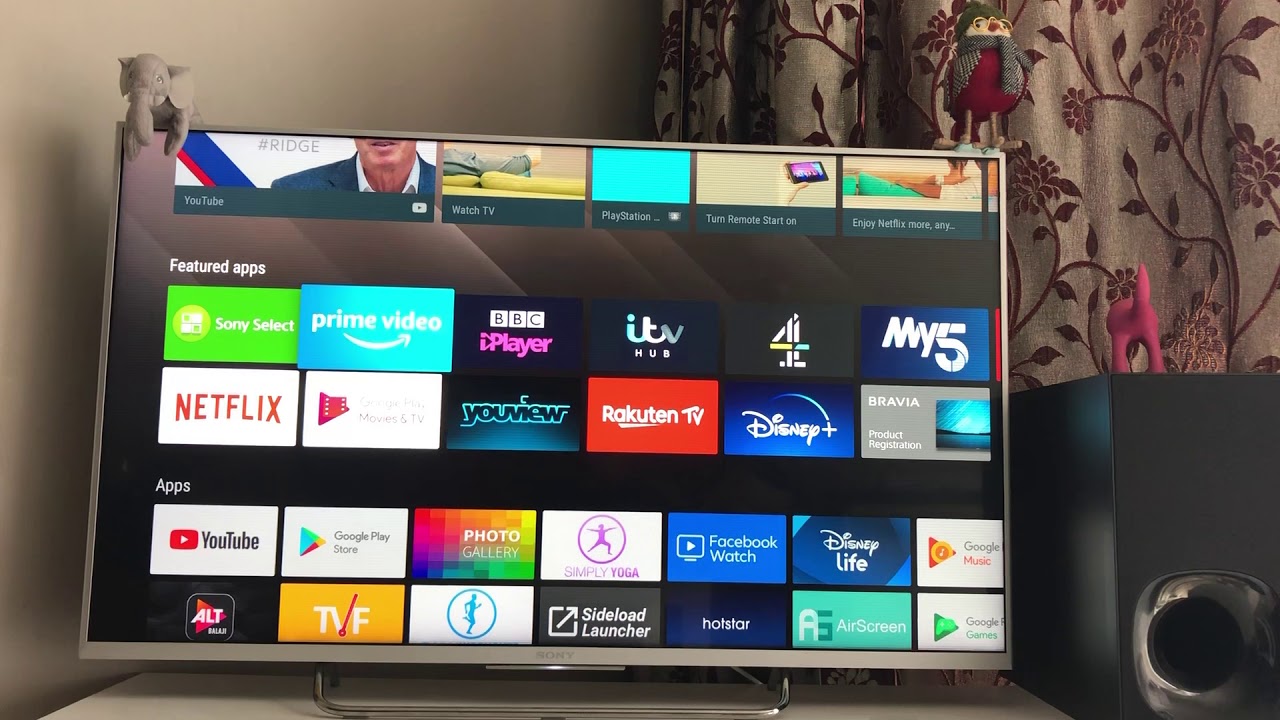